Mistakes are the portals of discovery.
James Joyce

Woman and Children Mourning at a Gravestone 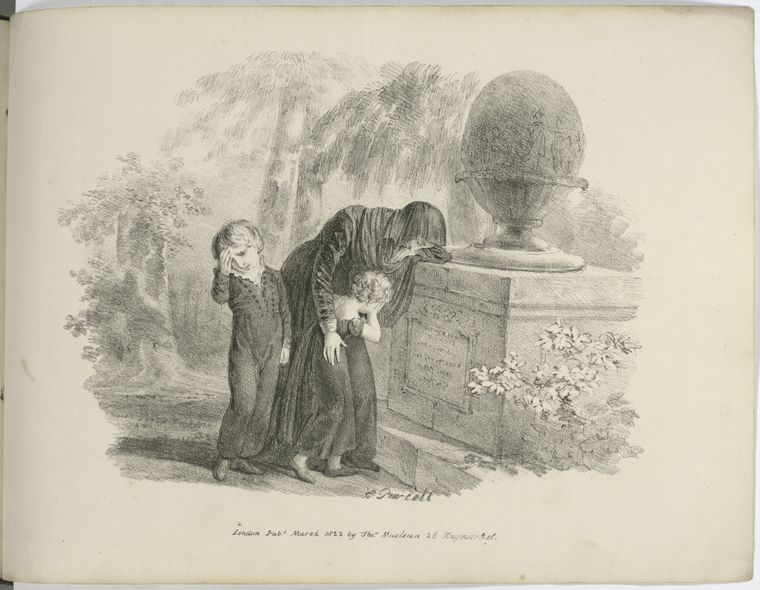 William Worden and others conducted a two-year study – the Harvard Child Bereavement Study – on the effects of the death of a parent on children. Worden presented the findings from that study in the book Children and Grief: When a Parent Dies.


Do children grieve and, if so, starting at what age?

This question has been the subject of professional debate and research for years. Today, most professionals agree that children do experience grief reactions and have developed the mental representations necessary to be able to mourn as young as 3-4 years old. An interesting additional piece of information is that children do not necessarily fully understand the concept of death until they are older (6 to 10 years old, depending on their life circumstances). Thus, it is possible for a child to experience grief reactions as adults – sadness, anger, depression, sleeping troubles, regression in behavior (a big one), etc. – without having a full understanding of death.

While research shows that children do mourn, certain aspects of their mourning are different from adults. Children generally are much less likely to express their feelings then adults are. In addition, children are typically more intermittent in their mourning – crying, then suddenly running off and playing, then asking a question about the loss, then going back to playing, etc. It is as if children have an innate ability to portion out their grief and mourning so they do not become overwhelmed. Children also mourn differently from adults because of their level of development. I will discuss these differences in detail later.

Three major issues arise for children in their mourning that are not part of adult mourning: 1) Did I cause the death (or other kind of loss)? 2) Will the same thing happen to me? and 3) Who will take care of me?

Did I cause the death (or other kind of loss)?

Children, especially younger ones, live in a magical world where thoughts can cause things to happen and everything they are told has a literal meaning. For example, a older child may be jealous of a younger sibling and wish he/she would go away. If the sibling subsequently dies, the older child may feel that his/her wish caused the death. Similarly, a child who has a cold might visit a grandparent who has ALS. If that person subsequently dies and the child is told that Grandpa died because he was sick, the child might believe “I was sick, Grandpa died because he was sick, it is my fault Grandpa died because I made him sick from my cold.” For another example, suppose a parent makes an off-handed comment like, “You’ll be the death of me,” and then later dies in an automobile accident. The child may think he/she was responsible for the accident and therefore the death of his/her mother.

Will the same thing happen to me?

Children naturally depend on their parents and other adults to protect them from harm. If they feel that adults should have been able to prevent the death of someone close to them, they may question the power of adults to protect them. They will then wonder if the same fate will happen to them. This is especially true if the deceased is a sibling or playmate close to the child’s age.

Who will take care of me?

A child’s world is naturally very egocentric – it revolves around his/her needs, wants, and fears. Obviously then, it is reasonable for a child to be anxious and feel insecure about who will take care of him/her when a parent or other caregiver dies. In order to help maintain a sense of security and emotional connection, many children talk to and/or treasure possessions and pictures of the deceased parent/caregiver.